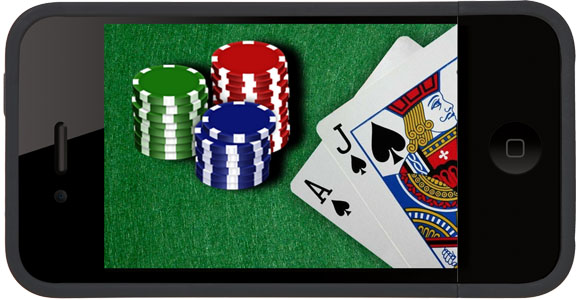 It would seem that the mobile blackjack gaming market has a new way to offer their IOS and Android games and apps  to their players, especially those interested in playing 21 on cell phones or mobile devices. We have seen an increase in the amount of mobile games for phones that have hit the market, most of which have been the most popular that anyone will find in a casino; slots, poker, roulette, and 21. There are many advantages, not only for players, but for app developers and operators when it comes to mobile devices.

This gives players the freedom to play whenever they want, where ever they want; as long as they have a data plan or access to a wifi signal, which is most of the world. Most of the popular non-gaming apps that are now in the market give users the ability to play sporadically throughout the day, as they wait in line or even at home while in bed. This same principle is applied for mobile casino games.

Creating and marketing a new type of blackjack game is extremely difficult, and very expensive, so not everyone with a good idea will be able to get the right marketing. You used to have to pitch the idea to a casino and hope they picked it up. There are plenty of variations of this card game, but with the ability to easily design and make an app, opens up a big world of possibilities. The games would need to be regulated obviously, but it would not put those same constraints that happened in the past, allowing for a much broader selection for players to pick from.

Everyone has a mobile device nowadays, so why not tap into that amazing resource. The way phones are built these days they are like small computers, being able to do multiple tasks and even have nice graphics to go with it. Casino that would decide to invest in mobile apps would definitely be tapping into a large market. People download and use apps all the time just to test them out, so if any catchy blackjack variant was to pop-up, many who would have otherwise never gambled, would give it a try.