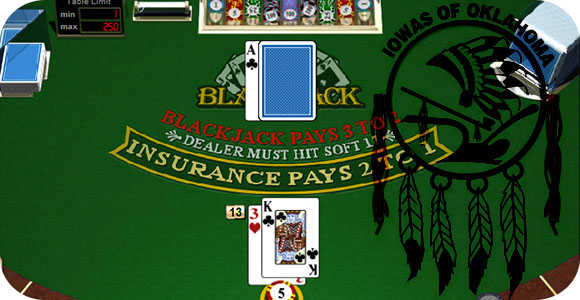 A small Indian tribe in Oklahoma is almost on its way to launching an international gambling website. The website, which resembles a casino or card room, is at pokertribe.com and now is where they are planning to offer poker, blackjack, and other card-based casino games. It all came to fruition after an arbitrator ruled that the business plan does not violate any state or federal laws. The Iowa Tribe of Oklahoma went to a judge to certify the arbitrator’s award, which was made in November.

This move was thanks to the Oklahoma Tribal-State Gaming Compact, which would also encompass other tribes within Oklahoma and allow them to launch their own international gaming sites. The specific details, including how much revenue this venture will generate the Tribe, as well as how much they will pay the state; which could depend on the amount of traffic the website generates.

“The rate depends on how many take part in the tribe’s overseas gaming venture.”

This business plan would allow people from all over the world to play casino games in real-time, with real money. At first, the website will offer poker, but plans also include offering blackjack, bingo, pull-tab, slots, and baccarat. The Iowas are not the first tribe to be offered this type of venture.

The Cheyenne and Arapahoe Tribes had previously held a deal with Universal Entertainment Group to launch the website pokertribes.com; very similar to the name being used by the Iowa Tribe. However, the deal fell apart after a change in in tribal leadership, but it was speculated that they could have made $132 million annually by 2018 if the website was able to attract just 2% of the world gaming market.

After the venture fell apart, UEG decided to look for another Oklahoma-based Tribe to take their place and the Iowa Tribe was one of three that had an interest. This entire venture will give tribes throughout Oklahoma to do the same thing, and may even spill into other states that have a compact agreement with Indian gaming.

Next Article: Johnny Manziel in Trouble for Ditching and Playing Blackjack