POSTED IN Blackjack Games | no comments 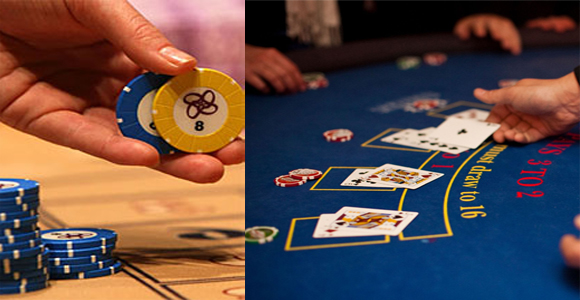 We all know that card counting is the most famous, and legal, way of beating the house when playing blackjack; however, a man from New York State, Telvil Destin was caught doing something a little more illegal. He was caught on camera playing at the Sands Casino Resort Bethlehem, where the dealer started getting suspicious of his victories.

Devlin wasn’t card counting, but rather doing a slight of hand trick with his chips. Every time the cards were dealt, and Devlin saw that he had a winning hand, he would place extra chips on his original bet. This way, he would always win more money when his hands won, but always had the same amount of money when he lost.

This is what prompted the blackjack dealer to inform the authorities, where they checked the surveillance video, and sure enough, he was caught adding chips to his stack. You would think he could only do this a few times, but in the end, he had managed to cheat 47 times before getting caught.

I do believe that it is despicable to cheat, especially when you can change the odds to your favor with simple math. This is the first time I’ve heard of someone getting caught doing something like this, casino may be on alert to this practice now.

Next Article: Blackjack Tables Hosted By Frank Marino and The “Divas Las Vegas”